Murders Will Go Up And Robbery Will Increase, Corruption Will Sky Rocket And Seychelles May Never Be The Same Again If We Sit Down And Remain Silent. 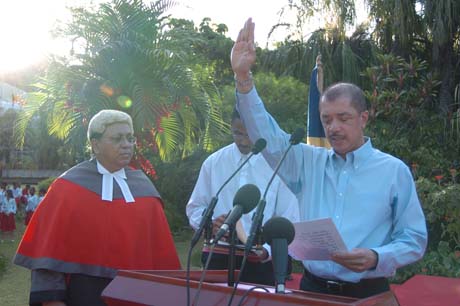 Michel was President when we had chalas, Lapay and today Lapoud, Heroin and Ecstasy many more; even Tropikal, baka to pti karant, pti zonn, dry cherry and green apple. What more will we get from Michels Legacy???


This is a letter from a Concerned Freedom Loving Seychellois in Relation to a post i made on facebook in recent related to a murder at SFA.
Dear Mr. Christopher Gill,
I tried sending my letter to each and every Seychelles newspaper which exist but never once has one printed it.
I would understand that i might have mentioned a few names that can be very dangerous to mention but the fact remains we are not gonna live in peace if we all remain silent.
" My letter is in relation to a post made by young Jean-Paul Isaac of the Seychelles freedom party on facebook,
Mr. Isaac is spot on right when he elaborated on the economical downturn or the double dip having not only an impact on the general commodities but onto drugs as well. Where i live if you make a single move away from your home for more than two hour you are lucky if you come back and your home is still a home or an empty establishment.
The word out from these kids are that it is becoming very expensive to purchase their day to day drugs for consumption so they have to work overtime to get the necessity. Just look at how rogue Seychelles has become when even the court house evidence holds are broken into and drugs are lifted to be reintroduced on the streets. The NDEA has proven to be ineffective as my neighbor is an NDEA officer but one should see what kind of company comes to his house at late hours.
The kids by the road side are talking big of where you can get the best drugs and the best quality. They would even add names to the dealers and claim who is the biggest importer, most of the time people say it is from this government that the dealers derive and are untouchable but from the streets they are saying otherwise what these kids are insinuating is that it is Vice President Danny Faure who is the king pin of Seychelles.
They are also pointing fingers at a known Percy Samson whom is well known to paying off the NDEA top officials one said he has picture of deceased Nicette and Naill Scully collecting their pay and bottle at Percy's Private residence.
NDEA says they go to the community next to the dealers to do their job but funny as it is they go for protection of the dealers rather than doing the job. Mickey Barbier was caught on a phone conversation with celine known as jeanne inside the prison making a deal to get rid of evidence so that she can walk free but scully out of pressure from charles Decomarmond was ordered to put mickey behind a desk job rather than sack him and prosecute him.
Lots and Lots of our lawyers are on heavy payroll from drug dealers and top official of the day is Bernard George of Les Mamelles whom keeps putting them back on the street. Prostitution is growing as girls needs their shots at higher cost and murders increase as Seychellois decides to barricade their homes tightly. This results in broad daylight attack with arms or home made weaponry. Profiling of our arm force man and women is poor just look at how many officers of the law and army are in jail. Michel was right when he said violence breeds violence. Seychellois "i pran gran koute met kouran pou protez sezot e voler i pran dagger i attack ou dan semen".
"Byento nou pou tande ki labank pe ganny vole store larme kot i met zarm pe ganny vole", Do we really need to keep protecting these people who are poisoning our society and the youths, do we need to keep all our well known drug dealers free to roam the streets?? Do we  or don't we know them?"
Mon kontan mon pei e mon anvi viv anpe dan sekirite!!
Posted by Unknown at 6:09 PM

Remain silent? You mean in the sense of boycotting and not participating in the politics? Yeah, you're absolutely right, if you remain dormant there is nobody to criticise the government.

why no comment on this article? did it strike a nerve somewhere with pissedoff?

It is a grossly disturbing article if true, but the only way to expose the culprits is to prove it, without proof you have only innuendo!

The article factual.There will be an increase in crimes,prostitution,poverty,and all the ials of a failed state.Inflation of 3.3% forecast by IMF means prices will sky rocket thus making an already the hard hitted citizens suffer more.Moreover,some employers must have to take radical actions to keep their fîrms from bankruptcy thus more jobs cut and more umemployment and as a result more unemployed youths,our young girls who have qaulifications but Pp can not offer them a dissent jobs for cheap foreign labor is the priority of PP failed economic policies.We in shit Pissedoff,and that becuase of communist model of economy.It is time for change should we want to fix the shit:we cannot live as a nation of charity and begging,we need a real governemnt with real professional not communists apprentice economist to the likes of FAURE.

Have your read President Obama call to Europe this Morning.
http://www.dailymail.co.uk/news/article-2060227/Eurozone-crisis-Obama-orders-European-leaders-dramatic-action.html#ixzz1dOMiO1TN

You have been fortunate to have a USA education - you know what young soldiers are all about - out of a 100 or 1000 one will take a special risk, will attempt something bold, show special courage - we of French and British decent in the Seychelles Indian Ocean are no different to the USA.

We have passed a great deal of information about our Seychelles working to you.

President Obama is calling on Europe to do someting you hav3e read in between the lines about the pirates and fishing EU issues in Seychelles, beside the news and diplomatic community in Seychelles.

It is not proper, right for me as a person to take this initiative and everybody calim the credit - it you join with me/us, we can take you along, let you be a witmess, you can write about the issues - then we make the move and President Obama, the EU and many regional nations will see the change.

This is the kind of challenge a Made to Mr Phillippe Boule and now to you on this 11/11/11 today we can write and communicate openly.

Please do not remeove this comment, let everybody read it and give you their point of view. This is what a serious soldier will do.

I guess we are being run by those IMF communist... :)